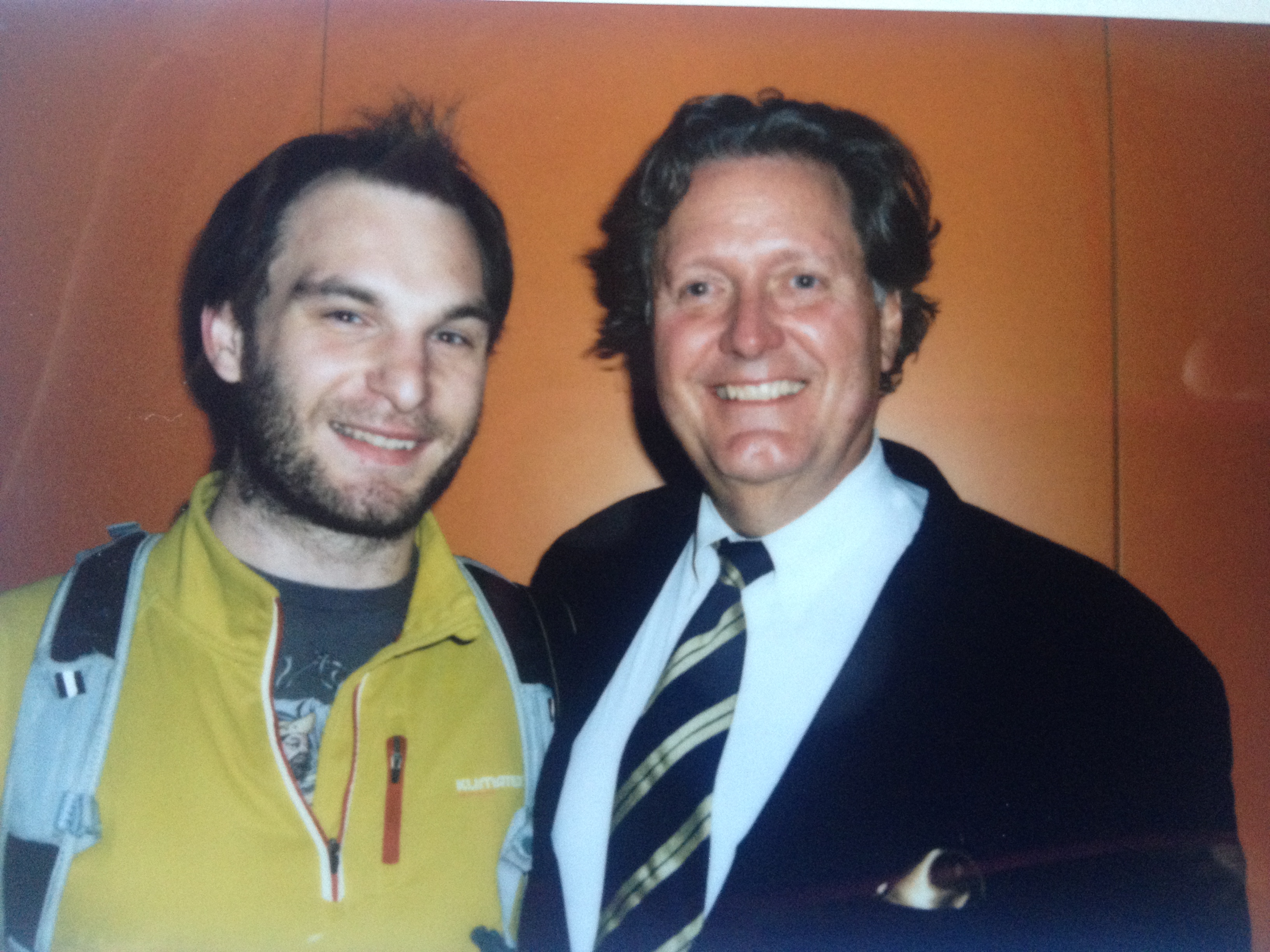 When you look at Jeff Burton‘s life and go through all the exciting companies he has worked for – the first and most familiar name that catches your eye is EA. Maybe it reminds you of all the computer games you used to play when you were younger or it just sounds so cool to be one of the founders of such a significant company. Somebody confessed he came only because he loved the EA FIFA games and he wanted to see what is behind the curtain. Honestly, we talked about everything but games.

Before the actual presentation, Jeff said he still believed that many things were valued today as they had been 30 years ago. He didn’t come to talk only about EA but mostly about the companies he is involved right now at Skydeck — one of the first research university startup accelerators in the world. Many interesting stories take place in his office which is situated in one of the highest floors in the tallest Berkeley building with a view of the whole San Francisco Bay. Even if students haven’t come with their million dollar idea yet, they apparently feel like being at the top of the world there…

Behind EA & The Vision

In March 83′, a few months before EA had any real product, the company came with an internal video about its culture, vision and goals – to create memorable experiences for people. The main purpose was to convince sales people about the seriousness and trustworthiness of the company and that’s why it was never made public. It is close to that kind of personal style you can see in startups nowadays. But who is a startup entrepreneur?

“It might be all the cocky people that believe they have certain possibilities, ambitions and mindset. People that are not too cautious about obstacles because they see further. Others may call them “arrogant”, but in fact, it is a necessary component to be able to start a company. You have to believe in your knowledge or capabilities just because everybody else will say you are going to fail. The same attitude works for years — I saw this attitude 30 years ago and I see it now. As an entrepreneur, you have to have a vision you are able to express. You can evoke in people sense of curiosity, dream… a smile. A lot of good designs just make you smile. In 1983 there were no internet, but we believed the computer had the ability to provide its user with emotions. We wanted to create that and we believed in it.”

Children were always a big part of the ultimate EA plan. “You should always set your objectives and state your goals clearly. For us, children were the major part of the market with entertainment. They are just so excited to use computers. In the past, nobody wanted to pay for educational software. Today it’s absolutely normal. There are Steve Jobs schools with their own teaching style around iPads. It’s a totally different approach in education, something we thought was impossible 30 years ago.”

“We’ve always trusted the professionalism of our people and we believed we were going to be the leader. We needed suppliers, duplicated discs, delivery to the retail stores… It was a long process and we had to be masters in that kind of stuff. It is much easier to build such a product now.”

Nobody from the people that started EA was an engineer, all were marketers. ”We were not building the product ourselves. We wanted to be the publisher, not the developer. That’s why we needed to raise the rockstar impression. There was a personality that went with the software. We tried to create a fanbase for software creators and our first print ad was published in a magazine for real techies.” 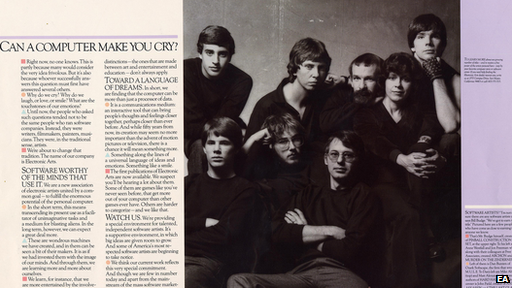 It was a completely new approach. “In the late 90s we were able to start doing that advanced graphic design you can see now (like FIFA), but the development took a really long time. 30 years. It always takes much more work than you think it is going to take. But if you stick with your plans, you can accomplish what you said you would do. It is a long road and the process is never easy.”

The example of Dreambox

Two years ago there was a company with a product in mind – the first vending 3D machine. They called it Dreambox (now Twindom). It was founded by three graduates from UC Berkeley who were frustrated by the lack of 3D printers at school. Dreambox is one of the current startups in Skydeck and Jeff is one of its board members. And he believes others can learn a lot from this specific story.

“When you have the opportunity to associate with an university and get a big audience to test out your idea – you should certainly do it.” Dreambox used the Engineering department at Berkeley to help them understand some questions.  After few months, Walmart came and said they wanted to test the product. They wanted to use it as a toy that will keep kids busy while are their parents shopping. Walmart asked for 60, but the order was too big. Dreambox needed cash to build a prototype and university didn’t have money to invest in companies. They ended up getting a VC and gave up 6 percent of the company for $15 000.

“Would you like to get 3D scanned? 90% of people would say YES!” Dreambox found the right way how to tell the story based on an example of one of their customers. A guy, let’s call him Brad, went to visit his mom to the hospital. She was dying from cancer. He put his statue next to her bed so she can be with him the times he can’t be next to her bed. Couples were bringing their infants or new born babies to get scanned.

One thing is a photography, the second is to have a tridimensional statue that looks like real life. “They are capturing weddings, pregnancy, hockey… with an emotional attachment. It is better than a photograph. Most of the time the shooting works like a photobooth. You go there, pose and you have a 3D model. In 5 years, the whole process will become digitalized. Soon you will be able to put your scan into a video game.”

At this point, Jeff showed us a 3D animation of himself, dancing to Gangnam style. Yes, it was hilarious.

Dreambox’s raised much more money since the first investment. Nowadays, they can print in full color, fast (in 4-5 hours) and for less than $15. The point of this story was to talk about a typical progression of a startup in 2 and half year. They still have to listen to feedback and incorporate new innovative ideas. They started with only one color, now it is a full color scan. Technology is moving ahead all the time.

Of course there are different tales to be told and it is always extremely tough to make a successful startup. Flowbit, another (ex) Skydeck member was a team of 5 people with a very compelling and interesting hardware product that won the Mobile Congress Competition in Barcelona. Despite all the positive aspects – it failed.

Not building a solid founding team: The startup was built from a class project and we failed at firing founders at the beginning. They felt morally obliged to keep all the people at the team despite their obvious failings and inadequacies. A startup needs to  begin with a small team and scale. The CEO regrets every day he was scared to remove any of the team members.

Dreaming of funding rounds and massive growth: Ben Jerry took a decade to grow big while Amazon was an overnight success. Flowbit focused only on the Amazon while they didn’t have the knowledge of a rapid growth company.

“Flowbit was a failure but we had a lot of fun and we learnt a lot about companies. Good failure also motivates you.” – The Flowbit Team

The East Bay Economic Development Alliance (EDA) provides companies with advisors, investors, lawyers or other professionals that might be useful. This attitude is maybe nothing unique, but it is very characteristic for the Bay Area. It may be also a long term strategy because we expect the companies that passed through the system to become very successful. And at that moment, they will start delivering the money and knowledge back.

Whenever a company goes public or is acquired, it creates a new bunch of millionaires because even if you have a small part of shares – you can get a lot of money. If you become successful because of your startup, people expect you to invest in another startup or start a new venture in the Bay Area. It is not a giveaway but more of another potential to get money.

Jeff feels fortunate enough that EA was his first startup company and he was able to make a big win. Other companies failed but it didn’t prevent him from starting another business. Trip Hawkins, the Director of Strategy at Apple Computer in 1982 and one of the EA founders, left the company and focused on building a video game console company (3DO). He wanted to keep a full control of the firm without any external investors. He put into the project 60 million dollars of his own money and he ended absolutely bankrupt. In 2003 he launched Digital Chocolate, mobile game software company, which was funded by one of the most prestigious VC funds Sequoia Capital. He stepped down from the CEO position and left the company in 2012. He is starting companies again and again and people are still investing in him. As long as you learn from your failures – you can start fresh. At least in Silicon Valley where people appreciate that  startups are a highly risky business and you have to take risks if you want to succeed.

Jeff believes that money isn’t everything. It doesn’t make your life better. When he started EA, he didn’t do it only for the money but he wanted to make his life more compelling.

Photo: Jeff and Jirka from Daty who learned English from playing EA games.