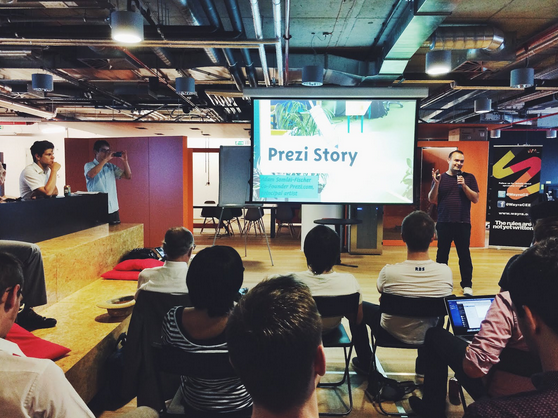 PREZI: A success story from Europe and how to make it into the White House

Prezi. A presentation software you either love or hate – there is no in between. We got the opportunity to shape our opinion with one of the Prezi founders during the Prague Entrepreneurs Meetup this month. Adam Somlai-Fischer talked with us about the story of Prezi, its mission, vision and marketing strategy. What made Adam’s presentation even more interesting for us — the team initially came from Budapest. That proves you can make it into the White House and get more than 40 million customers worldwide while initially starting from Europe.

Adam believes that while working with ideas, you always need to have some space to see all the existing information at the same time. Because only in that case you are able to come up with anything new. You have to see the big picture. And that’s Prezi. It is like big and small words with circles.

Adam strongly believes that one of the main reasons for their success was great and diverse team where they could complement each other. The mixture of artistic skills,  critical thinking and vision was the secret ingredient that worked very well in their case. The same rule should be applied while choosing the right investor for your company. You should share similar values with him – in professional and even personal way. The importance of having the right team from the early beginning and not being scared of firing a friend is a rule that is mentioned very often by many founders.

Prezi doesn’t really rely on advertising. The main marketing channel is WOM and WOW (World of Mouth + the WOW effect) because every time the Prezi is used in public – it gets a lot of attention and people start talking about it. The key milestones might be the beginning of the collaboration with TED and the support of the US state schools. Prezi provided them with the software for free. They didn’t have to wait for the visit of the White House for too long.

You might be surprised by the number of Americans willing to move to Bulgaria — it is almost the same as the number of Bulgarians longing for Silicon Valley. Adam recommends moving your company to SV mainly in case of a B2C product that is already in a stable growth — the market there is much bigger and it is hard to get first employees, people don’t trust foreigners.

On the other hand, the competition can be cutthroat and you need to have (more than) enough money, good lawyer and strong nerves for all the bureaucracy.

What were the biggest challenges you faced at Prezi? 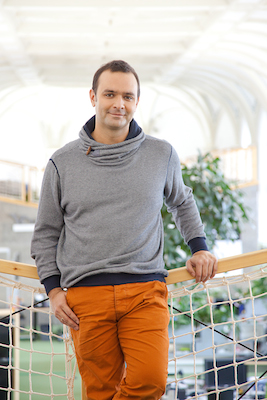 In the beginning, I was doing everything from cleaning, coding to managing people. After a while, I started missing doing stuff. Now I do

innovation and research. I have much less power, but I can do things that are inspiring the whole company.

What are the core values of the company culture in Prezi?

We are a small team of 5 people – when we should start talking about company culture?

It is simple. As long as you can sit at one table, you can still have a proper discussion. Once you feel disconnected, you can start with it. It took us few years to relate to our values.

You spoke about Hungarian sadness. What are the advantages and disadvantages of launching a company in Hungary?

I can say Silicon Valley is even harder. There is such a fierce competition – and it has money. In Europe there is not so many startups. We started in Hungary because we wanted to inspire younger startups and we wanted to prove it is possible to succeed. In Sillicon Valley it is cool, but care about the place you are at the moment.

Could you explain more what was the breaking point that gave you the brand awareness? When people really started to see the value?

Our business model says that you pay for your secrets. Our free model helps in education and that’s an interesting topic. I got an email from a firefighter and he wrote a beautiful email about how the Prezi made something so creative. But it still doesn’t make sense for many people. That’s our challenge now.
Another breaking point was the moment, when Peter convinced TED to invest in us. It is such a good brand and it makes a good name. They never invested in anything else before.

Who is your competition?

Our biggest competitor is Powerpoint. It is not Keynote. PowerPoint is globally on every machine because of the history.

Could you describe your marketing strategy?

We are trying to have the most valuable product. We try to make people want it. And try it. If somebody is really active, we are trying to help him. There was a Guru presenter who was very critical about Prezi. We talked to him slowly and after some time, we got some positive tweets. You always have to keep that big ego that you can change the world – but it is more about understanding people. US companies are much more competitive – and that means an easier market for new stuff. 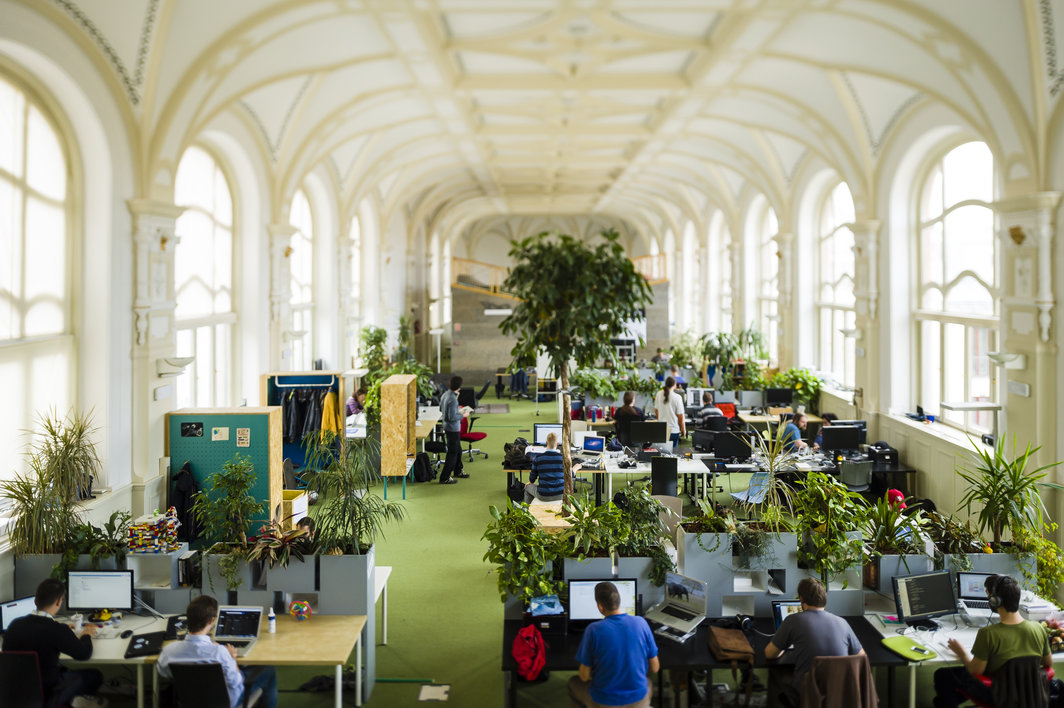 How do you work with the partnership network, are you partnering with agencies that are working with Prezi?

It is not our main focus, but there are hundreds of companies that are working in Prezi for big clients. We have student ambassadors at universities – and they are getting people excited. We are 99% based in the experience.

Do you know any Czech startups?

I know GoodData, because we were one of their biggest clients. Unfortunately, I haven’t heard about anybody else.

Where do you see presentations in 5 years?

I think the biggest challenge is to discuss the thinking outside of the box – and it is going to be more about connecting, interaction and sharing.

What are your future plans?

We have 40 million customers. It sounds like a big number. But now try to think how many people are actually using computer… our market is more than 2.5 billion people. We want to help people to change their mindset. We know we will make them better presenters.

In May 2014, Prezi got associated with Wayra to support startups in South America and Europe — and offered 40 000$ in PRO licenses to all the projects that were elected in the different calls worldwide. Read more here.