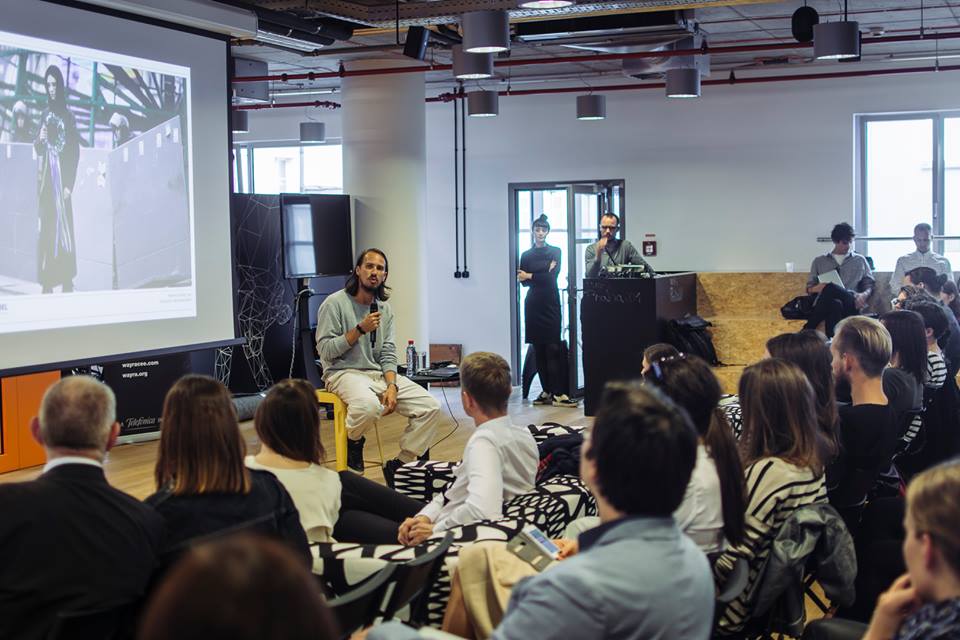 Stefan Siegel: How to Build a Successful Fashion Startup

In 2008, Stefan Siegel founded NOT JUST A LABEL. In the meantime, it has become the largest platform for emerging designers on the world wide web. Over 16 000 fashion designers from 106 countries use it for presenting their collections to a global audience. One of the main goals is to fight together for a better hospitality in the fashion industry because, before NJAL, there weren’t many options for newbie designers to showcase their portfolio.

Stefan originally hails from South Tyrol in Northern Italy and he started his career as a fashion model working for big names such as Prada, Gucci, BMW or Calvin Klein. It was a job in investment banking that got him where he’s now. Since he was in subsection for fashion, he learnt all the problems contemporary designers have to face. And one of them was a lack of promotion.

He was also disappointed by the fashion industry. Textil areas that used to be home of all the major Italian fashion houses are producing fast fashion today. Consumerism is growing and sustainability is fading. He also noticed there were a lot of big brands but not much of anything else. When the Gucci group was talking to him about “emerging designers” they were mentioning Alexander McQueen or Stella McCartney. Designers that are not so “Hey, I can’t pay my rent.” Together with his brother, an active developer, they started thinking about creating a network where designers can come and put their collections online. Something that would be open and free. The only criteria they set was the quality of the design so they could put branding on it. Today, Stefan sees the shift from branding to the authenticity and being genuine about the experience. NJAL is a solution that was born from a blank paper.

“We had an idea of giving designers the access to the HTML code. This is something that is missing in the industry. Our idea was if somebody from Vogue will come he will see 200 designers in less than 4 minutes and he can request from them. The naive part of the business was not knowing how to monetize it.” Today, the company makes half a million pounds per year.

“It was a big change going from banking to creativity. People can’t understand why I am being so professional and want things to be right. “ 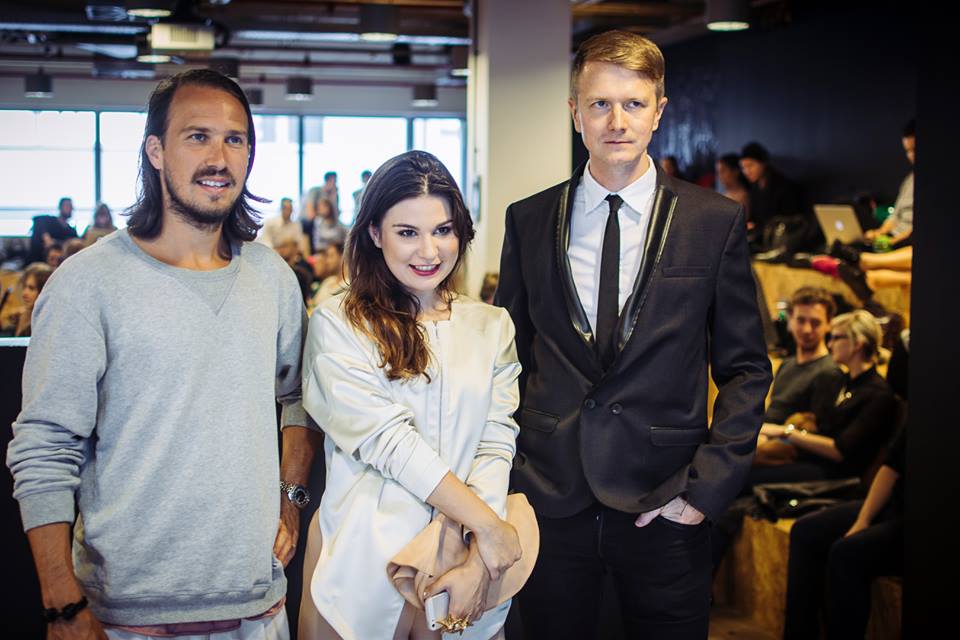 In the beginning, it was hard to find investors because nobody believed in the concept. They had to make sure every step they make — they don’t need money for it. They connected with celebrities to help with the PR. It was a bit of a rollercoaster until they got Lara Stone on board. When she modeled, 40 from 50 items were sold. The problem was how to sell fashion and make money. At most of the cases, designer ends up with 5% from the retail price. In the case of NJAL, the designer sent it to the office where they packed it and sent it to the customer. Then they split the leftover.

We never had a marketing budget. We do a lot of PR, we write about designers, we do workshops and the rest is more about collaborations. If I had all the money of the world I would probably change that and have a different marketing strategy. But I would never go to Vogue, I would be smarter. 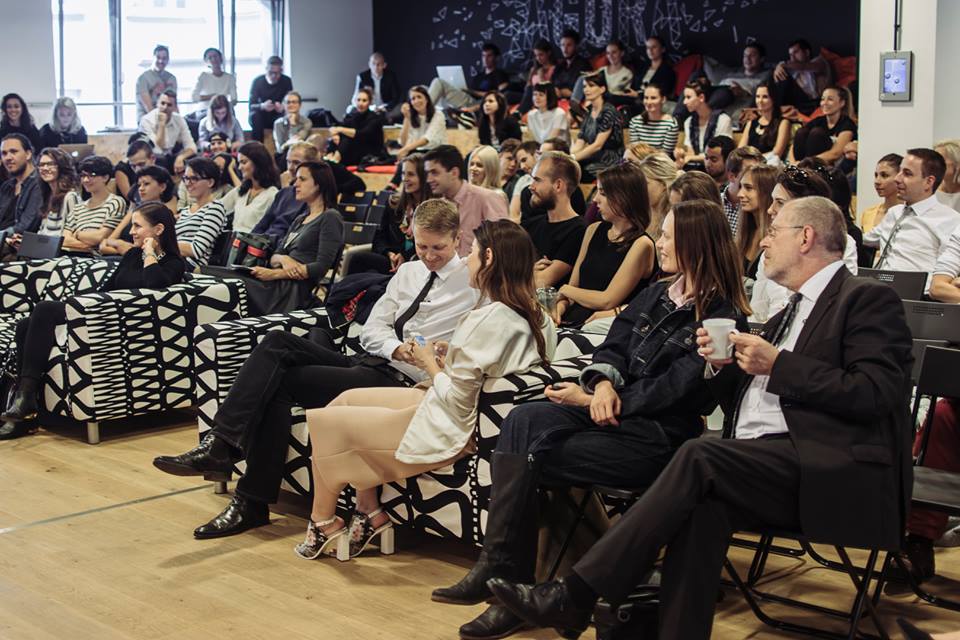 “My mum bought a necklace on the website. It was from Barcelona. The next day we got an email from a lady looking for this specific item. But it was completely sold out. I got in touch with the designer and he said he can make it again and send it to her directly. She was excited. It was another part of the experience with something extra she wasn’t expected. It was something unique and only hers. She was even collaborating with the designer on the details and then sent the money straight into his pocket. When you realize how many bags in the luxury brands are produced, it is not a luxury anymore. People like to engage when looking for the right garment. They want something truly theirs and that’s where the real opportunity for young designers truly lies.”

This experience shifted NJAL from delivery to curatorship. That means less commission but more featured designers on the website. NJAL is just an e-commerce today. It is not getting money directly from the designers. It just gives them an expertise and allows consumers to browse. Majority of the revenue is coming from workshops around the world. There is also a huge amount of companies that engage with designers and they see us them a contact and gate. These collaborations take a lot of time because for NJAL is important to defend the rights of each designer.

The most important elements when starting a company:

In September 2014, Stefan Siegel joined BBC World News to discuss the implications of fashion and technology.

Are there still fashion trends if everything is so individual?

I hate the word “trends”. I can’t see them. The designers who use their own background from culture – these collections are the best. They are creating a product that is strictly linked to their heritage and culture.

What is your opinion on luxury?

Luxury doesn’t really mean style or elegance anymore. Individuality, being different and making the right choice as a consumer is more important. It is sort of a new world coming out that allows us to make choices.

If product is linked to a story and heritage – it is a luxury. Nobody has the energy to copy something crazy that is changing every month because it is hard to keep up. Like Vivienne Westwood. But it is easy to copy Louis Vuitton as an example of an excessive use of a logo and predictability.

It should also engage people and communicate in a different way. You can define luxury as something hard to find with an exclusive access. It can be also hard to reach.  Unfortunately, today’s luxury is mostly defined by how much you pay — and that’s a problem.

What sort of problems are you trying to solve now?

We have HR problems, one of our biggest clients still didn’t sign a contract (and we are already working on it for months), rent is going up, e-commerce is not doing well in August… There is a lot of problems going on, but it is just this rollercoaster. When you start a business, you think it is a party. But the reality check is much harder. Huge amount of isolation. But I don’t want to scare you.

What european countries you see being different in emerging design?

It is Ukraine because it is unbelievable what is coming from there – in terms of talent or quality. They are selling the most. They can change the world over there. Austria is also an amazing country with amazingly creative people. Their government have a good supportive system, but they don’t challenge them.

What have you learnt from the fashion world?

Well, people sometimes ask me how can you live where everybody is so arrogant. That’s not the world I know.I need creative people and I meet visionaries. There are these two words and we have to tell people about that. We lost reality. Fashion starts with selling process, celebrities and throwing away. Fashion industry starts with incredible people who have the idea.