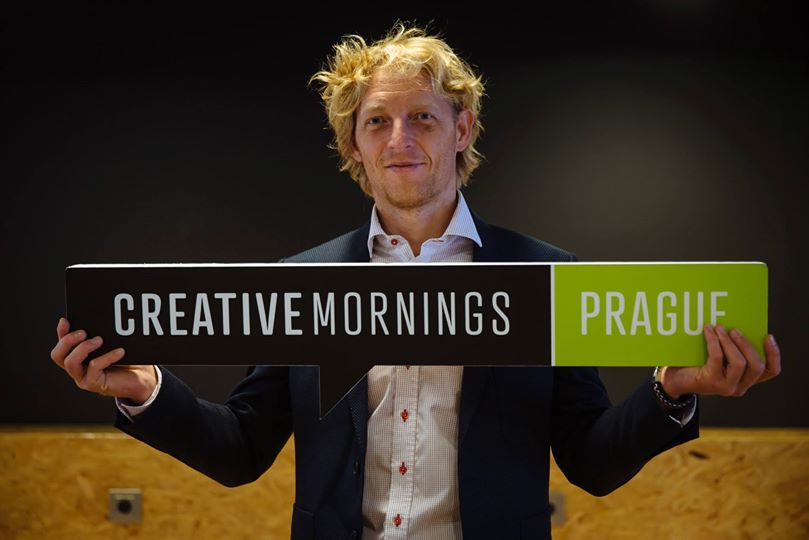 Creative Mornings is a monthly breakfast lecture series for creative types. It started in 2008 as an accessible (free of charge and open to anyone) event for New York’s inventive community. Today, attendees are gathering in cities around the world listening to 20 minutes talk on a globally chosen theme. It serves as a promotion for the space and as an opportunity for like-minded individuals to network. There is only one problem — not enough seats to meet the demand for tickets. 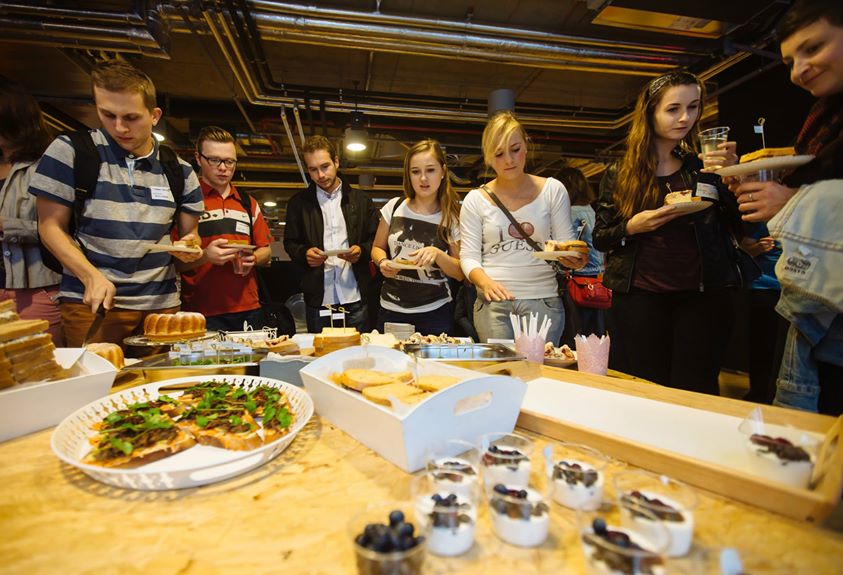 Karel Janecek, the host of August’s session, is a famous Czech mathematician and corruption fighter. He is also known for his controversial and honest opinions. In 2005, he founded RSJ Algorithmic Trading, one of the biggest financial derivatives trades in the world. He also established two foundations — first to support science and the second to fight corruption. It was interesting to listen to failures of one of the most thriving businessmen in the Czech Republic and realize that failure is probably just a common part of every success story.

In 1995, he left to study in US and his first money (5000 dollars) came from selling software. The first failure was losing all of them in cards. He says he wasn’t addicted but rather unlucky. 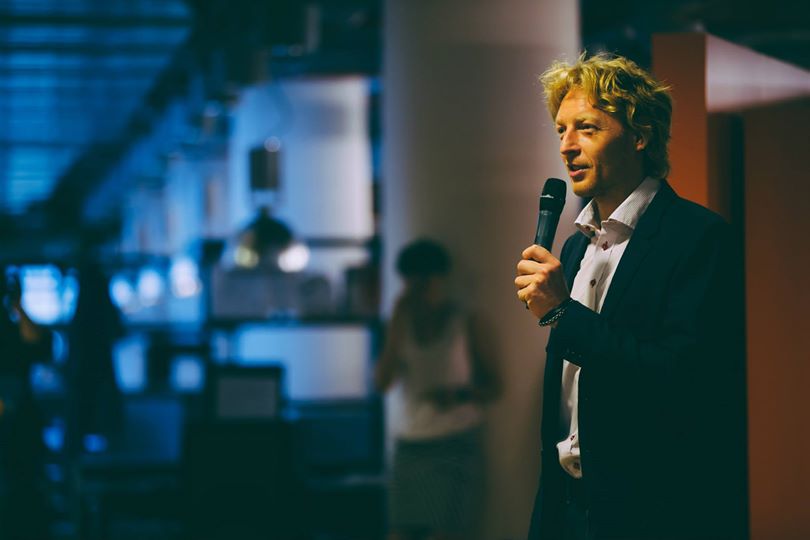 “At the moment of failure, you start to doubt yourself and your abilities. You are losing the unbiased point of view. There was a university professor and he reassured me I wasn’t making any mistakes. It was just a matter of bad luck and first difficult situation in my life – I had hardly enough money for food.”

In 2002, he founded another company. Two years later, he lost all his money and he literally ended up with zero.
The bad thing: it wasn’t only his money.
The good thing: he was already trained for failure so he could handle it better. 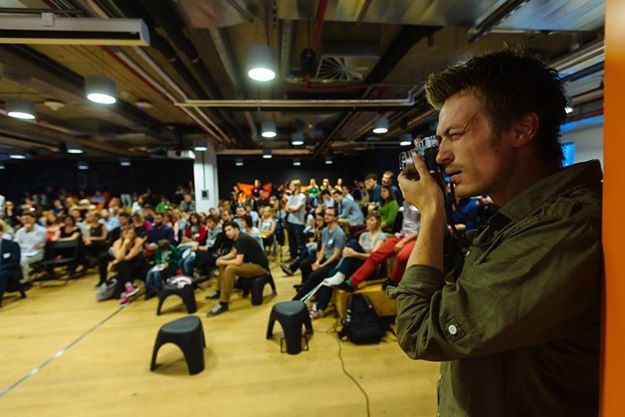 How to handle failure better according to Karel Janecek?

“For each of us, the chance of failure can’t be the most important thing. We always have to do the best we can to succeed and if we fail — it is not the end of the world. You can move and live somewhere else and that’s the best attitude.”

Since 2008, his company Eurasia Group is a huge success on global financial markets. He devotes his free time to society. 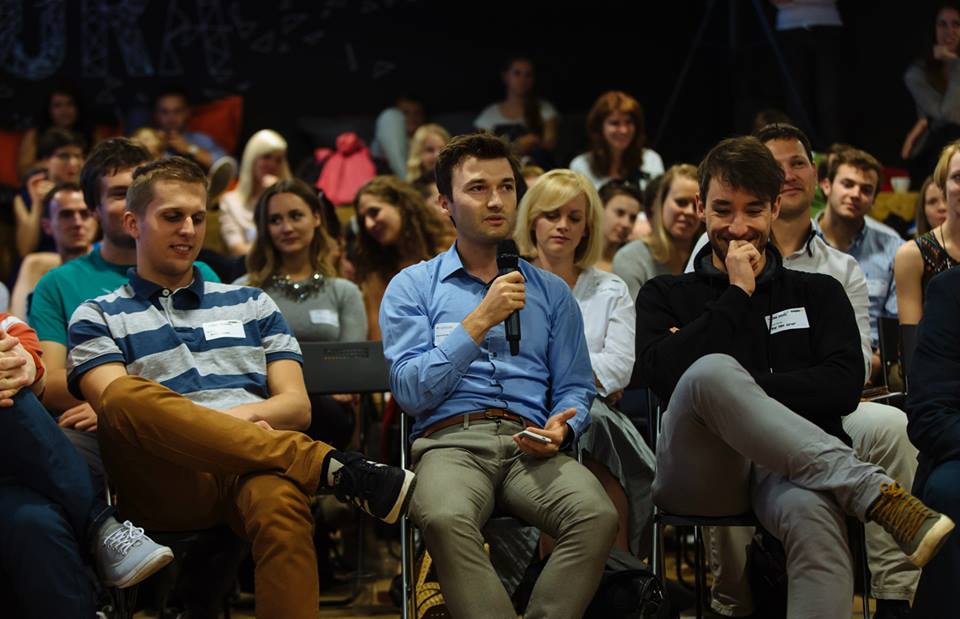 Q&A
How much of your success is based on your skills and what part is the luck?
I used to be convinced everything is just a coincidence. Today, I am not so sure anymore. It depends on the point of view and the probability measure. There is always going to be the coincidental part — but it is not totally random. I believe things are happening synchronously.

How do you hire people?
When we started Eurasia, we were working for minimal wage but maximum workload. We had a vision and strong belief in what we want. In 2005, I said to myself it would be amazing to be one of the biggest traders in the world. It just sounded funny. But we really became one. The success is connected to hard work and no free weekends. My team were extremely intelligent people but also very modest. They didn’t want to get everything at once and at every moment they wanted to do the best. We didn’t focus on the local maximum but rather on what is possible globally. We were shortly living in discomfort to reach the prosperity in the future. That’s extremely important.

“The more you are able to reduce consumption, the more probably you will achieve success.”

I earned millions and I have no idea what to do with them. Where should I invest? I don’t want to spoil my kids because they won’t be happy. What is your point of view?

Every person has own living standards and you have to take this into account. It is important to have inspiration in life and something that makes you happy. If you are from a wealthy family, there is a lack of motivation to achieve financial success. Nevertheless, you have to have money to achieve freedom. I believe freedom will be default one day. My mission is to help with the social changes. Better choices of leaders are necessary so that we can move forward. What is happening in society is just a summary of actions, energies and contributions of different people. Those in charge of policy-making has the biggest impact. That’s why the quality of leaders is important and people shouldn’t underestimate it. I invest my money in what I do. Public presentations, traveling and supporting things cost money. But I see it as important for me or our society. My main focus is corruption. Imagine how much money is being stolen and also allocated in ineffective manners every year. More than 100 billion.

The (potentially) most important saving depends on people doing what they know the best. That’s minority. Most of the people go to work they hate and they frustrate others. If we will get rid of this thinking I see a big potential to grow without any painful changes. People will be less stressed of seeking a new job. For the first time in many years, we don’t have to suffer hardship. In the past, if somebody was poor, he died. It is not like this anymore. And as I mentioned before, it is all about choosing the right people to lead the country.