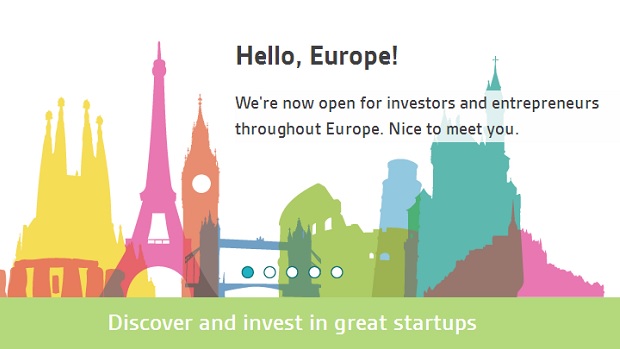 Everybody loves to brag about games or gadgets he has supported at Kickstarter or Indiegogo. But how about supporting various startups and getting your share in the company in return? Several platforms are now offering exactly that to all European startups and citizens. And the battle for the position of European leader is about to get interesting.

About a week ago, crowdfunding platform Companisto has announced the launch of a new pan-European platform to support startup teams from all over the continent. The site will allow submissions from any business based in Europe and investments from anywhere in the world. Since launching in 2012 (for Germany only), the platform has seen over 15,600 investments totaling over €4.5 million. Over 1000 startups have applied to Companisto, but only 25 made it through the selection process.

Only a few days later, equity crowdfunding platform FundedByMe started a campaign (using it’s own platform) hoping to raise more than €315,000 for further expansion and product development. It turned out to be a great idea and FundedByMe has raised more than double so far. It is also offering new “crowd-lending” options for investors: profit-participating loans, peer-to-company lending and convertible lending. And we should not forget about another platform, Seedrs, which crowd-raised £500,000 several month ago for European expansion.

All of that can be a very good news for startups living in the CEE region, where brave angels and venture investors truly opened to risk often seem to be a minority. Of course, raising money successfully this way is no easier than using services like Kickstarter. Startups need to provide detailed business plans, financial projections and presentations including video. If citizens-investors like what they see, they can invest anything from a few euros up to hundreds of thousnads. In return, they become shareholders and are entitled to a share of any profits, as well as potentially benefitting from an exit.

Speaking of public money… Polish 3D-printing company Zortrax  is raising funds through public bond issues. The company plans to be the only publicly traded printer manufacturer in the country when it goes public later this year. According to TechCrunch, the VC market in Central Europe isn’t quite frothy yet, which has forced smaller companies like Zotrax to look for EU investment as well as bond issuance to begin ramping up to go public.

If you are more interested in Hungary, Silicon Goulash has recently published a very useful piece: The hitchhiker’s guide to the Budapest startup ecosystem in 2014