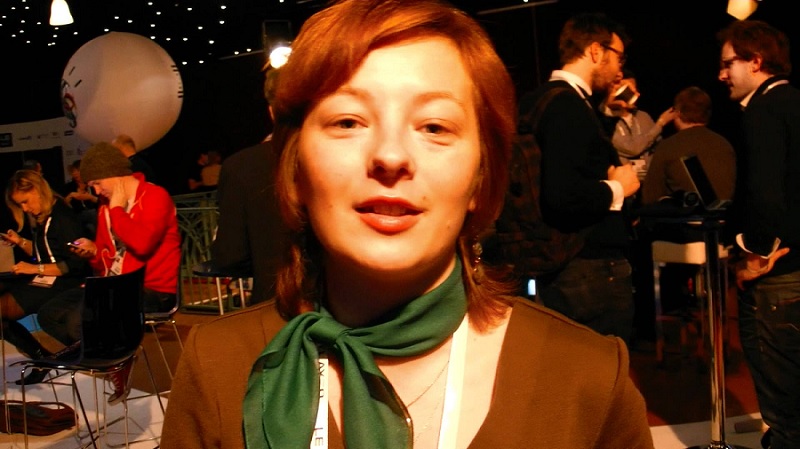 In the last year, Daria helped to establish the TechPeaks program in Trento, „the first people accelerator“ with many global connections. Now she travels all around Europe in search of young talented people to accelerate. Originally from Russia, she has also spent some time in the Czech Republic and experienced the local culture, both on a personal and business level.

What is your connection to the Czech Republic and what has brought you to Prague?
Several years ago I came to the Czech Republic as an intern to work in one international web advertising agency. I was really curious in everything connected to Internet business and explored a lot. Also the Czech Republic seemed similar to Russia, since people here are more Slavic based when it comes to mentality than other nations in Central Europe. And I really found here a lot of hospitality and openness.

I have also joined a couple of start-ups in the Czech Republic but they failed because of different reasons. Now I’m working with European start-up teams (including Czechs) while consulting them in international marketing communications and business development.

Where do you see the similarities and differences compared to your home country?
I love that Czechs are proud of their motherland like Russians and understand that local market is different compared to other European countries. I used to interview Michael Feix, CEO of Seznam.cz, and Dusan Janovsky, chief scientist and one of the first employees in Seznam.cz. I found the story of their business very similar to Yandex company in Russia. Those guys were really crazy to create useful and user friendly service for Czechs based on their preferences and local behavior since other international companies didn’t care about “such small” market and just used to promote in English. Dusan even said that he used to like the same type of cars as Arkady Vology, founder of Yandex… ☺

Where do you see the potential for Czech startups, designers, developers…  and where do you see the problems?
Main potential is security and software for sure, since the Czech Republic has already proven that and have some knowledge in it. I think Czechs have similar problems as other European start-ups, designers and developers – they don’t think big enough when they start their business. To build something really disruptive, that majority people in the world will use, you need to get out of the box from the begging and try to understand user’s needs globally. You need to find painful point for them, not just for the Czech users.

Right now I’m working with TechPeaks accelerator and we are trying to attract bright talent from all over the Europe, CIS and Russia. Based on this experience, I know that you have talented developers and designers, who can build awesome stuff and hack. But they miss business vision and strategy and will have to learn that from other start-up ecosystems. It’s great that you can create awesome piece of code, but it’s not enough to become successful international entrepreneur.

You also need to learn how to communicate and sale your idea, how to attract early-adopters for your product, to know where and how to find them. Talk with Pavel Simencek, one of the TechPeakers from the Czech Republic, who joined our first batch in 2013. Ask him how has he changed after getting to the international community of IT entrepreneurs…

Do you have any advice for foreign entrepreneurs visiting Prague or planning to stay a bit longer?
I would say I have an advice for both sides: domestic and foreign entrepreneurs in Prague. For domestic, I wish them to be more open-minded and curious in all aspects of business. And you really need to improve your knowledge in English if you want something more, not just to work for big corporations in Prague. Move your ass, guys, otherwise the Czech Republic will always be considered just a good place for outsourcing from the outside!

And for foreign entrepreneurs coming to the Czech Republic, I would rather suggest to find out more about Czechs and their way of work. They are great and super smart in IT! A bit of patience and some sharing of your business skills with them and you could really find here amazing IT co-founders for your start-up. Majority of Czech IT developers really dream to build something big, but sometimes they just don’t know what it is.